Scam Alert! Loan Shark Cases in Singapore to Note This 2022

As if loan sharks needed more reason to ramp up their illegal practices, the COVID-19 pandemic continues to ravage both health and economic sectors all over the world, putting more and more citizens of Singapore in a state of financial desperation.

Loan sharks thrive in these hard times, victimizing debtors and locking them into contracts that they won’t be able to pay for, putting them into a vicious cycle that spirals into financial ruin.

As the pandemic continues and cases of loan shark harassment increase, it’s good to keep up the latest modus operandi to remain aware of what we all need to keep an eye out for as debtors to keep ourselves safe from the vile acts of unlicensed moneylenders.

Why are there still unlicensed moneylending businesses in Singapore?

It’s hard to imagine why a global financial hub like Singapore still has a relatively prevalent loan shark presence. Based on a World Bank survey in 2017, over 97% of Singaporeans aged 15 and above hold their own bank accounts, and there is no shortage of laws and assistive programmes that encourage monetary security, regulate the borrowing of money, provide credit counselling, and assist people financially.

While there seems to be no issue with Singaporeans accessing financial services, there are some factors below the surface that likely contribute to the continued existence of loan sharks in Singapore.

One glaring issue is that most citizens of Singapore do not have enough savings in the case of sudden unemployment.

The Straits Times reports that two-thirds of Singapore citizens have rainy day funds no deeper than what would last them beyond six months, based on an OCBC survey in May, as an effect of the pandemic.

Considering that a vast majority of people in Singapore rely on their savings for emergency money, this doesn’t bode well for the state of the average citizen.

A big focus of the country is making sure that debts are properly regulated through many a law that makes sure people will not be able to get a loan they can’t repay.

These intensive regulations attempt to ensure the safety of the fiscal system through thorough risk assessment and stricter rules, resulting in many debtors being locked out of cash loans due to having low credit scores.

While there is little public data on the subject, it is reasonable to surmise that due to the current health crisis, low-income earners with few savings and low credit scores will be hard-pressed for money but will find it difficult to get a loan from banks and other legal lending businesses.

Desperate times call for desperate measures, as they say, and when borrowing from friends and family is not an option, people will have no choice but to go to those in the business of unlicensed moneylending.

Desperate times make for dangerous, loan shark-infested waters. They commit acts of cruelty and scams that are against the law in the guise of assisting others. The following stories bring to light some of the recent cases where loan sharks were involved for you to note as added awareness.

1.) 36 People Arrested by the Singapore Police Force for Unlicensed Moneylending and Illegal Gambling

One of the latest results of the Singapore police’s crackdown on loan sharks and other illegal establishments was a raid that saw 36 people between the ages of 26 and 63 caught for their crimes.

The suspects were caught in multiple locations such as Tampines, Bishan and Bukit Batok on the 22nd of June. All of the suspects had their bank assets frozen, and of the 16, 6 were charged under the Moneylenders Act (Revised Edition).

First-time offenders acting in assistance of loan sharks can receive jail time of up to four years with a fine that ranges from $30,000 and $300,000, and given up to six strokes of the cane for males.

Between March 22 and April 4, officers from the Criminal Investigation Department and seven police land divisions conducted simultaneous raids across the country, managing to catch 199 people for their involvement with loan sharks.

Preliminary investigations found 36 of the individuals were suspected as runners for loan sharks who assisted illegal practices by carrying out ATM card transfers. 11 of the suspects were alleged to have subjected debtors to harassment.

The remaining 152 are suspected to assist loan sharks by facilitating the business through the provision of bank accounts, personal identification numbers and/or Internet banking tokens.

Three suspects were apprehended by the police for acting out harassment on behalf of loan sharks. The suspects reportedly carried out the crime by sealing a flat’s gate with a bicycle lock and leaving loan shark graffiti on the debtor’s property.

Two of the suspects are said to be teenagers aged 16 and 18 and were identified with the help of security cameras and will be tried for their crimes.

Though the question of whether or not the youth are repeat offenders, it should be noted that first-time offenders found guilty of loan shark harassment will face a fine of between $5,000 and $50,000, jail of up to five years, and up to six strokes of the cane.

Starting in April 2020, police have reported one of the latest modus operandi conducted by loan sharks–the use of food delivery services for harassment.

This fairly new unlicensed moneylender activity involves the use of calling food delivery services to get copious amounts of food brought to the debtors’ residences.

Some cases from 2021 alone include:

Authorities believe these prank callers to be runners assisting loan sharks in an attempt to recover the money from the borrowing person.

A 35-year old male was caught back in May 2021 around Block 469 Admiralty Drive in Woodlands after running from the law.

The person in question was reportedly charged with harassment on behalf of loan sharks, theft, dangerous driving, and other drug-related crimes.

Thankfully, no injuries were reported despite the person hitting and damaging a police vehicle.

How to Spot Loan Sharks in Singapore

The Moneylenders’ Act serves as the regulatory guidelines for licensed moneylenders and banks and their loan activities, including loan restrictions, protection of borrower identity, loan collection and more.

Licensed moneylenders are expected to follow these rules to the letter. Loan services that do diverge from these are likely loan sharks, and so it’s best to keep an eye out.

One of the common signs of loan shark activity is the use of illegal advertising channels like text messages, emails, WhatsApp correspondences, and flyers far from the lender’s establishment.

2.) Loan sharks likely won’t have a physical place of business

Speaking of a physical location, loan sharks will often offer loans without in-person verification, despite this being against the law.

When you borrow money from licensed moneylenders, the loan contract must be verified and reviewed in person, and the principal must be given by hand.

Loan sharks will initially offer “easy credit” and attractive terms to entice borrowers into getting a loan. However, once the person misses a payment, they may rack up interest rates to ungodly amounts.

Licensed moneylenders, however, may not charge interest rates over 4%, and the only fees they may charge are as follows:

A loan shark will often provide a blank contract to blindside you with their unfair terms. However, moneylenders are required to divulge the terms of the loan in simplified language that the borrower can understand.

Loan sharks will claim to let you borrow as much money as you need without the customary thorough credit assessment. Moreover, they may do this while holding off a percentage of the principal from you, which is illegal.

How to Deal With Loan Shark Harassment

In the case that you accidentally borrow from a loan shark, it’s best to follow these steps:

How to Report Ah Longs

You can contact the police or the Ah Long department for emergencies, or the Registry of Moneylenders for questionable activities and complaints.

How to Avoid Dealing With an Unlicensed Moneylender

The best way to avoid loan sharks and harassment in Singapore is to directly to reputable moneylenders for loans.

Do extensive research on lenders you might consider to ensure that you do not put your personal safety and finances at risk.

You may also check the Monetary Authority of Singapore’s Registry of Moneylenders and its list of licensed moneylenders in Singapore for a full list of trusted moneylending services in the country.

You can also employ the services of Instant Loan to assist you in your search for financing options. It is a loan comparison service that can help assess your situation and determine your financing needs, and address it by giving you a list curated to you specifically, of loan options from different licensed moneylenders. 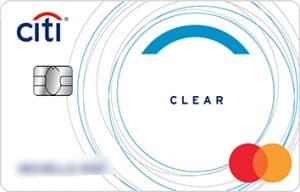 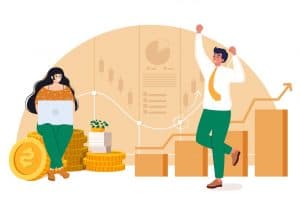 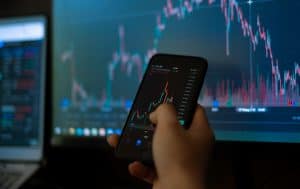